Smallmouth bass are a frequent catch for those interested anglers who live close to the major freshwater zones of the Shenandoah, Potomac, Susquehanna, and similar rivers. 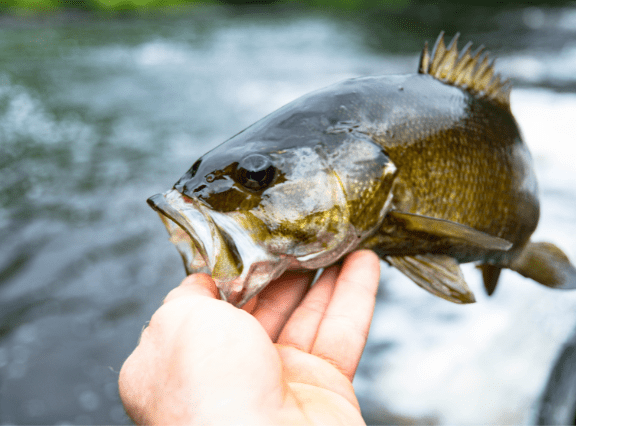 Many fisherman consider bass to be a coveted catch

Crayfish, water invertebrates, and various small fish like perch and shiner are all favourites of adult smallmouth bass. The young consume plankton and aquatic insects as food. Interestingly, if these fish are deprived of a reliable food source, they have been known to engage in cannibalism.

Smallmouth bass, which are native to the Great Lakes and Mississippi River basins, entered Maryland after being moved into the C&O canal by a B&O railway employee. No matter where they are found, these fish are likely to be a crowd favourite for any aspiring angler. 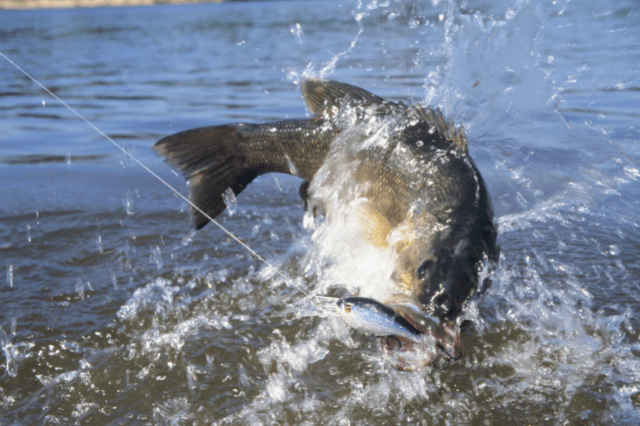 The Centrarchidae lineage, also known as a member of the Sunfish family, includes smallmouth bass. As adults, these fish should grow to a minimum length of 12 inches. Smallmouth bass are most frequently caught and released, however most states still have this size restriction on their legal harvest.

Due to their diminutive size, smallmouth bass are the simplest to distinguish from other bass when spotted in the wild. Smallmouth bass, in contrast to largemouth bass, achieve a maximum weight of six to ten pounds.

Largemouth bass continue to grow for almost the entirety of their lives. Smallmouth bass can be identified by the location of their upper jaw, which, unlike largemouth bass, never extends past their eye.

They are renowned for having vertical, greenish-gray bands running along the sides of their bodies. These fish are built for speed in strong currents and are excellent fighters while on the hook because they have proportionately longer tails and stronger swimming muscles than largemouth bass.

Smallmouth bass spawn in the spring, and the male is responsible for providing a secure and wholesome habitat for his eggs. To ensure that the eggs have enough oxygen and are protected from predators, he first forms a nest in the shallow water for the female to lay her eggs. 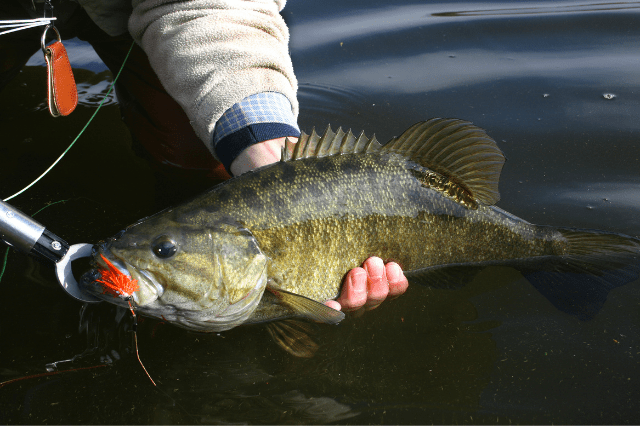 The first and most evident distinction between largemouth and smallmouth bass is the size differential between the two species. The weight limit for Smallies is typically 10 pounds, although Largies can easily double that.

The species can also be distinguished by their colours. While Largemouth are referred to as “Green Bass,” Smallmouth are frequently called “Brown Bass.” However, both fish can actually have a variety of colours depending on their age, environment, and a number of other factors. There are three surefire techniques to discern between largemouth and smallmouth bass, so don’t worry.

The mouths of largemouth bass are, well, bigger. Smallies’ jaws are typically parallel to the eye, whereas their upper jaw extends past it. Their fins are the next thing to be examined. Smallmouth fish lack the break between their dorsal fins that Largemouth fish do.

The “Green” Bass has dark, horizontal lines whereas the “Brown” Bass has vertical stripes, despite the fact that both fish have a comparable shade of hue.

Smallmouth bass prefer eating crayfish that they discover in their habitat, as was previously described. Thus, they come in first. They are by no means the sole choice, though. A smallmouth will consume: 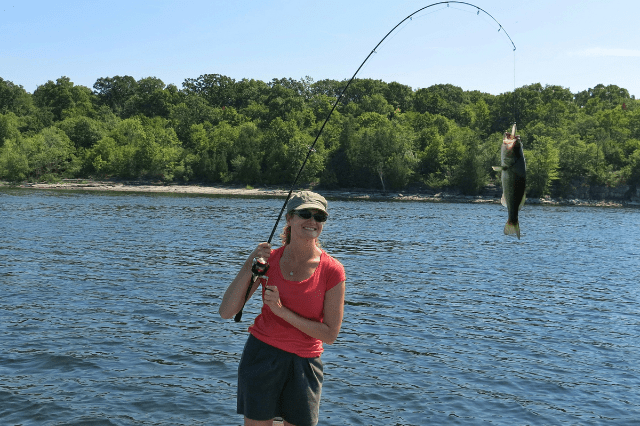 Smallmouth bass don’t just bite at a range of live baits; they also don’t have a preference for the type of artificial lure you use. These fish adore lures that resemble their prefered food categories, including:

Because they are so capable of battling, smallmouth bass fishing may be thrilling for inexperienced fishers. However, when fishing in big bodies of water, largemouth bass frequently outcompete smallies on almost every offering.

However, smallmouth bass tend to be more active than largemouth bass in colder temperatures, so fishing for them towards the beginning or end of the season can boost your chances of capturing one.

Remember that jigging, fly fishing, and casting bait can all be successful methods of smallmouth bass fishing, whether you enjoy fishing in rivers or lakes. Using a light spinning or baitcasting tackle is advised because you’ll probably get weary casting and catching fish all day (hopefully).

Smallmouth bass frequently frequent the holes in streams and rivers because they want to find water with a moderate current. Smallmouth bass are most active in the morning and evening hours of the day since most of their prey cannot see well during these times.

These fish will stay close to their natural habitat of shallow, gravelly river bottom runs during their active points. They also enjoy hiding behind the rocks and pebbles that may be found near the shore.

Deep pools of water are always fantastic places to explore in the summer or at midday. Underwater, smallmouth bass like to hunt around the slopes of cliff faces. For the best odds of catching smallies, cast towards regions that are dark (signalling deeper waters) and covered in debris if they are not immediately apparent.

Even once you locate a perfect place, your luck may suddenly change because these fish are always shifting. However, once you hook one of these fish since they are so aggressive and full of personality, it’s difficult to continue fishing for them.

These and other factors have led to smallmouth bass becoming one of the most sought-after freshwater recreational fish among both novice and seasoned fishermen. 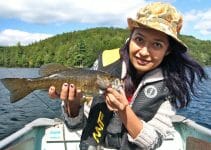 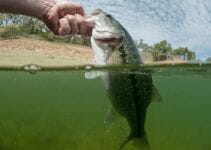 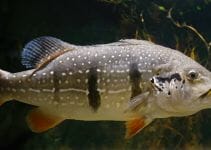